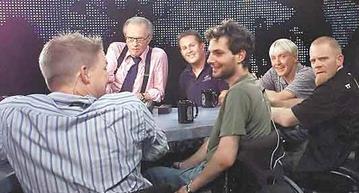 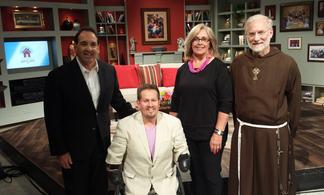 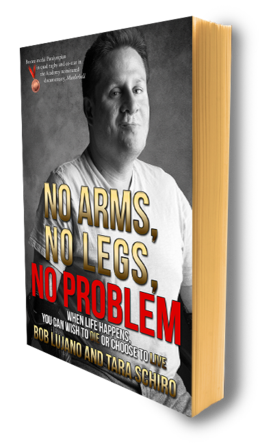 Speaking at the ISAPA conference in Israel 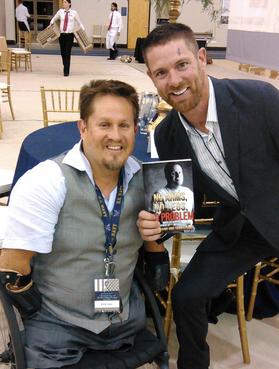 Bob with his Murderball co-stars on the set of Larry King Live! 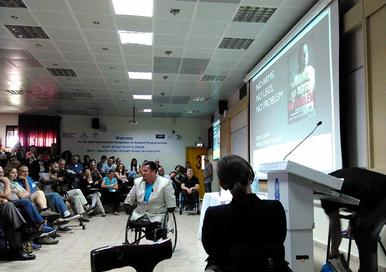 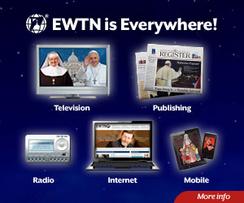 Bob (lower left corner) with First Lady Michelle Obama in Washington D.C. after she received and congratulated him on his book. 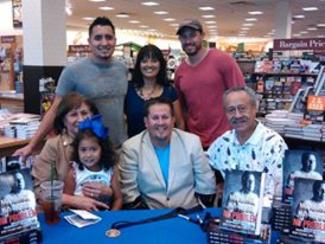 His character defines him,

Bob Lujano captured the nation's attention in 1979 because of his mind-blowing response to tragedy. For seventeen years, the headlines sounded the same no matter the year or the paper: "...achieves goals despite disability...middle name is courage...gutsy kid beats odds..." Now for the first time, Bob chronicles his unbelievable journey from choosing life as a quad amputee, to winning a bronze medal at the Paralympics, co-starring in Murderball, and living a life full of gratitude and hope.

By age nine, Bob had already seen the ugly side of life. His mom abandoned them, his dad ruled with a belt, and his grandfather controlled with a fist. As if that wasn't enough, he then contracted a nearly fatal form of meningitis that called for the removal of all four limbs and visits to the burn unit. While in a coma, a mysterious visitor gave him the choice to live--without the life he had planned--or die. 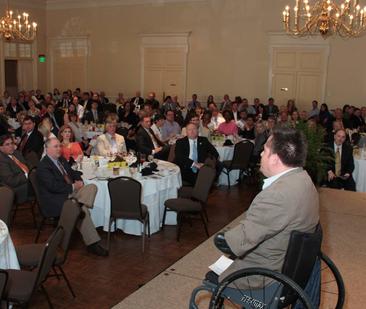 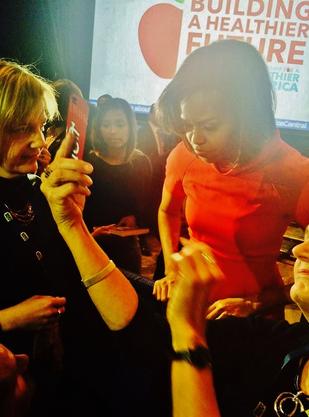 Wholesalers enjoy 40% off through Ingram Spark.

NO ARMS, NO LEGS, NO PROBLEM

when life happens, you can wish to die or choose to live

A memoir written by Bob Lujano and Tara Schiro